Italian food for everyone

Maremonti opened its doors on Riviera de São Lourenço in 2000, bringing to the coast of São Paulo the excellence of gastronomy in the form of pizzas and Italian cuisine.

In 2011, Maremonti arrived in São Paulo, capital, to offer “paulistanos” a cozy atmosphere in the most coveted regions of São Paulo, in the neighborhoods of Jardins, Campo Belo and Vila Olímpia.

The combination of a pizza certified by the Associazione Pizzaiolo Napoletani, with fresh pasta, with daily and artisanal production, the quality of service and the welcoming atmosphere, make Maremonti a success in the “trattoria & pizza” concept.

Born on the north coast of São Paulo, Maremonti Trattoria & Pizza arrived in the capital in 2011. The restaurant has an emphasis on the pasta menu and typical trattoria dishes. The recipes are based on ingredients found at sea and on the mountain – the reason for the name of the house.

On the menu are traditional Italian dishes, and their São Paulo canteen versions. Fresh pasta is made in the house daily.

Among its attractions, are the Neapolitan style pizzas, certified by the APN (the association of pizzaiolos in italy): they are individual and with a soft edge. In São Paulo style there are good options like the house specialty, brie and zucchini. 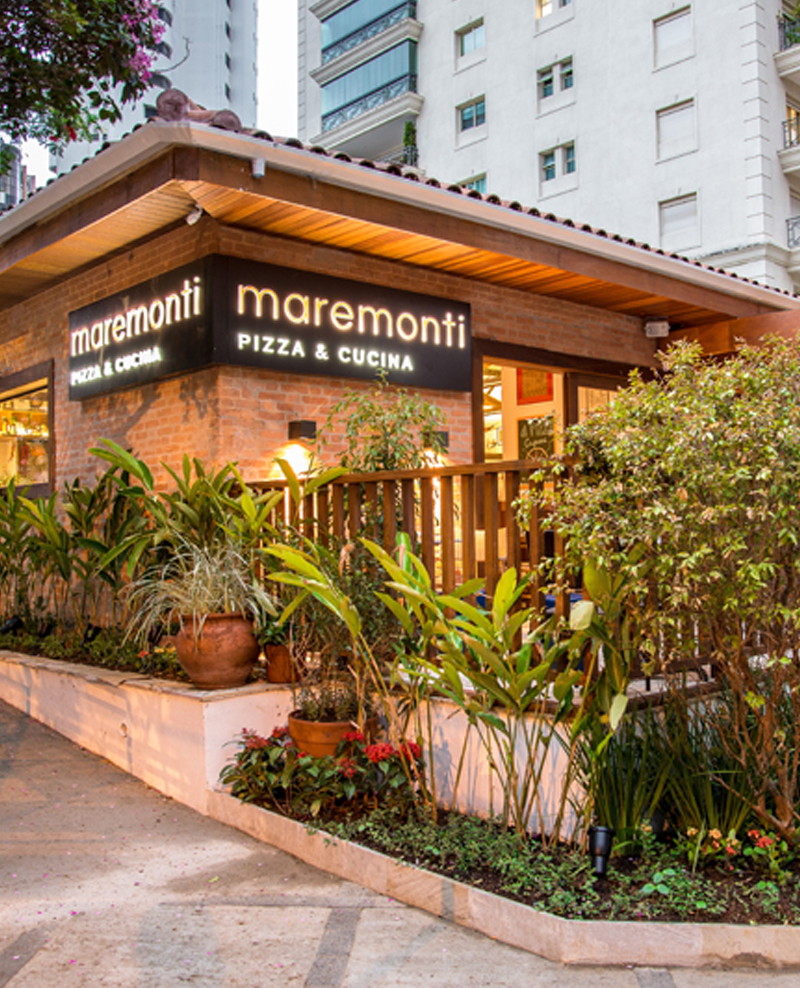 The results achieved by the company during the investment phase were: